Prawn Spaghetti is a crowd favourite but finding a way to put that extra special twist on it can be difficult. Healthy food and easy to cook food do not normally stand in the same sentence together. This seafood recipe will be one of your favourite prawn recipes to go to on a nightly basis. Full of fresh seafood, this healthy recipe is also easy too cook.

To prepare the prawns, crush the garlic, salt, oil and pepper into a bowl and mix. Spread evenly on the prawns and allow to marinade for at least an hour.

Prep your Spaghetti Squash by cutting each in half, and removing the seeds. Rub each squash with 1/4 tsp coconut oil. and plus skin down on a baking tray, prepped with baking paper.

Meanwhile, use a mortar and pestle to grind together the paprika, salt, black pepper, cumin, coriander seeds and chilli. Sprinkle this mixture evenly over the four spaghetti squash halves.

Chop the sweet potato into 2cm x 2cm squares, and mix in a bowl with the remaining coconut oil. Spread evenly on a lined baking tray.

Bake both the sweet potato and spaghetti squash for 20-30 minutes.

Grill the prawns on a hot BBQ for approximately 2 minutes per side, or until pink and curled slightly.

To prepare the dish, scrape the spaghetti squash to one side of the spaghetti skin bowl. Fill the other side with the sweet potato. Top with 3-4 King Prawns, and the cooked marinade. Sprinkle with the cut up spring onions, and enjoy! 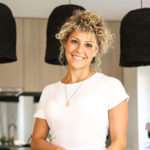 A Greek seafood staple, grilled octopus is sure to appear on the menu at any family event.

Learn the trick and tips to adding flavour, tenderising and adding moisture to your seafood from the Sydney Seafood school

Winter warming prawn dish. Juicy prawns in tomato and white wine sauce, mixed with garlic, spices and crumbly feta. Perfect Greek dish for a family or romantic dinner for two. Serve it with rice or crusty bread, a squeeze of lemon and extra feta to lighten up the sensors. 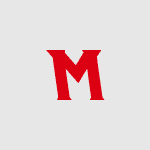 This Seafood Paella recipe is easy to follow, packs a lot of flavour and a completely healthy meal in one pan. This simple seafood paella dish is the perfect weeknight meal for the whole family to enjoy.

Perfect for a summers evening entree thrown on the bbq for those who love a bit of sizzle on their tastebuds.